“Incredible vocals all around is reason enough to simply lose yourself”
– Barbara Schuler, Newsday

FROM THE NEW YORK TIMES:
Anika Noni Rose Was Waiting for This Moment

As the Second World War rages, parachute maker Carmen Jones wages her own quarrel involving an airman and a boxer. Using the score from Georges Bizet’s opera Carmen, this adaptation by Oscar Hammerstein II resets the story with an all African-American cast, and is the first major New York revival since its debut on Broadway 75 years ago.

Tony Award winner Anika Noni Rose (Caroline, or Change; A Raisin in the Sun; Cat on a Hot Tin Roof) will play the title role in this production directed by CSC Artistic Director John Doyle (The Color Purple) and choreographed by Bill T. Jones (Fela!)

This performance is running 95 mins with no intermission.
Please note: All performances start on time and there is no late seating. This production is recommended for ages 12+

As we continue our Go-Green initiative this season, we will now provide digital copies of our PROGRAMS: 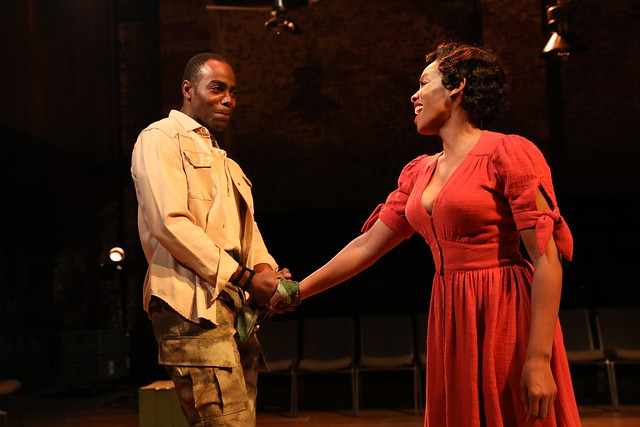 Carmen on Stage, Film, and Ice: A Little History

by Ivy Duerr Most of those here tonight know that Carmen Jones is an adaptation of Bizet’s 1875 opera Carmen, but fewer people know that even the opera with which …