THE RESISTIBLE RISE OF ARTURO UI

“With a cast of wily, willing storytellers headed by a blistering good Raúl Esparza, John Doyle’s Arturo Ui is a sly, fearsome sideshow, a deceptively humble, hugely exciting piece of work…It’s Richard III meets Jimmy Cagney by way of the vaudeville circuit, and in the hands of Doyle and his actors, it’s both rollicking and frightening.”
– Sara Holdren, New York Magazine / Vulture

“The eight ensemble members here are delightfully resourceful. You could even imagine this version of Arturo Ui winning the flinty heart of its author for its imaginative interpretation of the Brechtian dictates of style and sensibility.”
– Ben Brantley, The New York Times

★★★★ “You laugh at him, you fear him, you realize you know him. You certainly can’t resist him”
– Helen Shaw, Time Out New York

In 1930s Chicago, mobster Arturo Ui will stop at nothing to control the cauliflower trade. Terror and bloodshed follow. Can anyone stop him? Brecht’s skewering of Adolf Hitler and totalitarianism is given renewed significance in a production directed by John Doyle. Written in 1941, the play was one of the Berliner Ensemble’s greatest box office successes.

CSC: Passion, Allegro, Peer Gynt, Dead Poets Society, Pacific Overtures, As You Like It, Fire and Air. Select Broadway:The Color Purple, The Visit, The People in the Picture, A Free Man of Color (DramaDesk nom.), A Catered Affair (Drama Desk nom.), Beauty and the Beast (Tony Award), Into the Woods (Tony and Drama Desk noms), Falsettos,Sunday in the Park With George (Tony and Drama Desk noms),Saint Joan, Little Me. Other Off-Broadway:Notes from the Field, The Blue Flower Russian Transport, Road Show, Lobster Alice, Cymbeline. Ms. Hould-Ward’s work can be seen in over 35 international companies of Beauty and the Beast, and her other designs are featured in shows all over the world. More than 100 regional theater credits. Recipient of the Fashion Institute of Technology’s Patricia Zipprodt Award.

Tess James(Lighting Designer) is a freelance Lighting Designer and Associate based in New York. Her recent projects as a designer include Roe at Asolo Rep and as an associate designer include Soft Power at The Curran Theatre and The Public Theatre’s Othello; Throughout her career she has working with a array of amazing intuitions including BAM, New York City Center and the Sydney Opera House. She is currently an artist in residence at Princeton University. 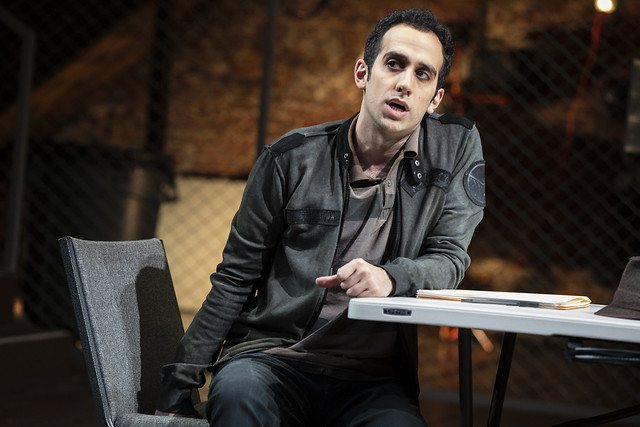 The Resistible Rise of Arturo Ui

by Abigail Jean-Baptiste, Assistant Director “It is easy to blame it on Hitler…[but] the evil has a deeper source.” – Aimé Cesaire, poet. In 1933, Adolf Hitler and the Nazi …