“SUPERCHARGED!
So physical that it verges on dance… deeply sensual. THE LEADS ARE SUPERLATIVE!”
– Rollo Romig, The New Yorker on MIES JULIE

Please be advised this production is recommended for ages 18+. It contains nudity as well as graphic depictions of sex and sexual violence, which some may find triggering. Haze & strobe effects.

Retired military man Edgar and his wife Alice have given up on any semblance of civility toward each other on the threshold of their 25th wedding anniversary. Due to their isolation, however, they are as codependent as they are hateful. Seething with cruelty, and punctuated by absurdity and humor, Strindberg’s electrifying play was ages ahead of its time in its bleak examination of marriage and the social institutions governing it. 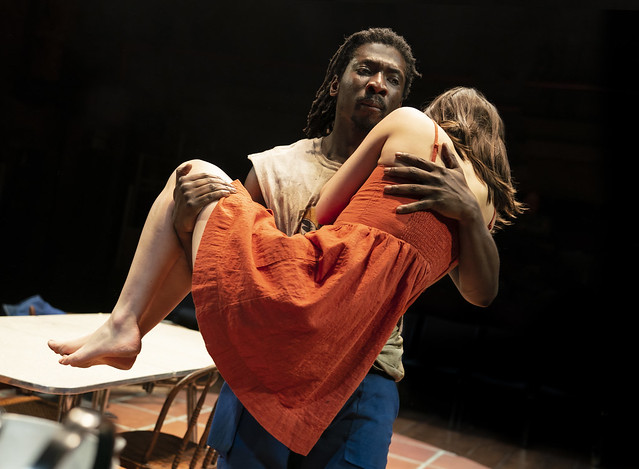 Join us Thursdays at 6pm on Facebook and YouTube for one-on-one conversations between New York's leading artists and CSC Artistic Director John Doyle.